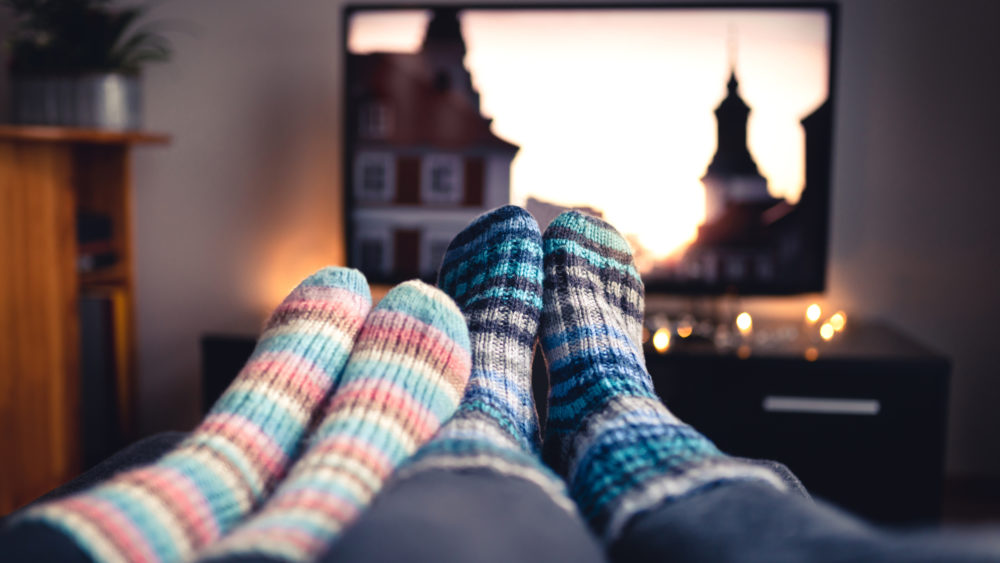 Bingeworthy TV shows to indulge in over the festive period

With the festive period approaching, it’s a great time to delve into a new TV show, whether it’s a thriller that will leave you on the edge of your seat or a comedy to make you laugh out loud. There are plenty of incredible shows to get cosy with on the sofa, so here are just a few picks that already have at least one series out for you to think about putting on.

Mare of Easttown came out in spring 2021 and has had viewers hooked.

Starring Kate Winslet as detective Mare Sheenan, this is more than your usual murder mystery. A teenage mother has been murdered in a small town in Philadelphia that Sheenan is solving but she’s haunted by her own troubled life and an unsolved case of another missing girl. While there’s the drama you’d expect from a detective show, it’s emotional too. It looks at the stresses of everyday life and how people deal with grief.

There are just seven episodes and the whole story is concluded when it finishes, making it perfect for a binge. The show was nominated for an incredible 16 Emmy Awards and won four of them.

Based on a book written by Neil Gaiman of the same name, American Gods is a fantasy drama that will take you to a hidden world.

The series starts with Shadow Moon finding out his wife has been killed in a car crash just days before he is due to be released from prison. He meets the mysterious Mr Wednesday who offers him a job, leading to Shadow becoming embroiled in a conflict between the old and new gods.

There are three series available to watch now. So, there are hours of entertainment to watch if the story grabs you.

This British anthology drama was first broadcast in 2014 and if you didn’t watch it the first time around, it’s worth putting it on now.

Each series is its own complete story, tied together by the lead detective of Julien Baptiste. Both series one and two follow a British family whose child has been abducted abroad in France and Germany, respectively. As well focusing on as detectives unravelling the case, The Missing explores the emotional turmoil of child abduction, not just for the immediate families but the wider communities too.

Much like Mare of Easttown, this is another thriller with plenty of emotion.

Years and Years is a riveting dystopian drama that aired in 2019. With six episodes, it’s a great choice for a weekend binge.

The story begins in 2019 and follows a family, the Lyons, over the next 15 years. It charts a believable descent into a dystopia from economic collapse to climate change that cannot be reversed. Emma Thompson plays Viv Rook, an MP that becomes a populist prime minster and plays a key role in the political upheaval. It’s imaginative, with elements of science-fiction that will have you absorbed in what the family is going through right from the beginning.

It secured three nominations at the Choice Television Awards, including Best Limited Series.

Step back to the 18th century by putting on Poldark and settling in to watch five series. Follow Ross Poldark as he returns home to Cornwall after the American revolutionary war.

From starting business ventures to making enemies, there’s plenty of drama throughout Poldark to keep you wanting more and putting on just one more episode. Adapted from Winston Graham’s novels, this series is perfect for fans of historical drama and a bit of romance.

Season four of Ozark is scheduled to come out in January 2022. If you’ve yet to watch this crime drama, now is an excellent time to catch up in preparation for the new episodes.

After a money-laundering scheme for a Mexican drug cartel goes wrong, financial adviser Marty Byrde proposes setting up a bigger operation. Of course, it doesn’t go smoothly, and he becomes mixed up with local criminals. It follows Marty and his family as they try to navigate the murky waters of life within a crime syndicate.

The series has received 32 Emmy awards, including two for Outstanding Drama Series.

Spy thriller Killing Eve has had viewers hooked since the first series broadcast in 2018. There are already three series to dig into, with the fourth and final series coming out in 2022.

Eve is bored with her job within British Intelligence and fantasises about a more exciting life. When her path crosses with Villanelle, a talented killer and assassin, she discovers that their circles are more interconnected than she is comfortable with. Both women become obsessed with the other, focusing less on their initial missions over time. It offers a twist on the usual spy vs spy genre.